Written by Mahima Jun 03, 2020
Blog was first published by Mahima on her blogging website here.
You see it everywhere these days - decorative motifs on walls, beautiful designs on sarees, distinct and intricate paintings, each with an idiosyncratic theme. Warli is a tribal art whose roots can be traced back as early as 10th century AD. The word ‘Warli’ comes from the word ‘Warla’ which means a piece of land. It is an ancient Maharashtrian tribal folk art.

Catterfly Travel, along with State awardee artist, Sanjay Sangle organized a short online workshop which highlighted the history of Warli, how to draw basic outlines, borders and motifs. Mr. Sangle hails from the Warli region of Maharashtra. He elucidated in great detail that just by using simple shapes, single white color and the requisite of minimum tools, it is possible to create striking motifs and designs. It was fascinating to learn that by drawing simple lines, triangles, squares, circles and dots in a systematic manner, you can depict their entire lifestyle, their socio religious customs and beliefs. Mr. Sangle illustrated to us how to draw human figures, the flora and fauna along with scenes from daily life in a loose recurring pattern. 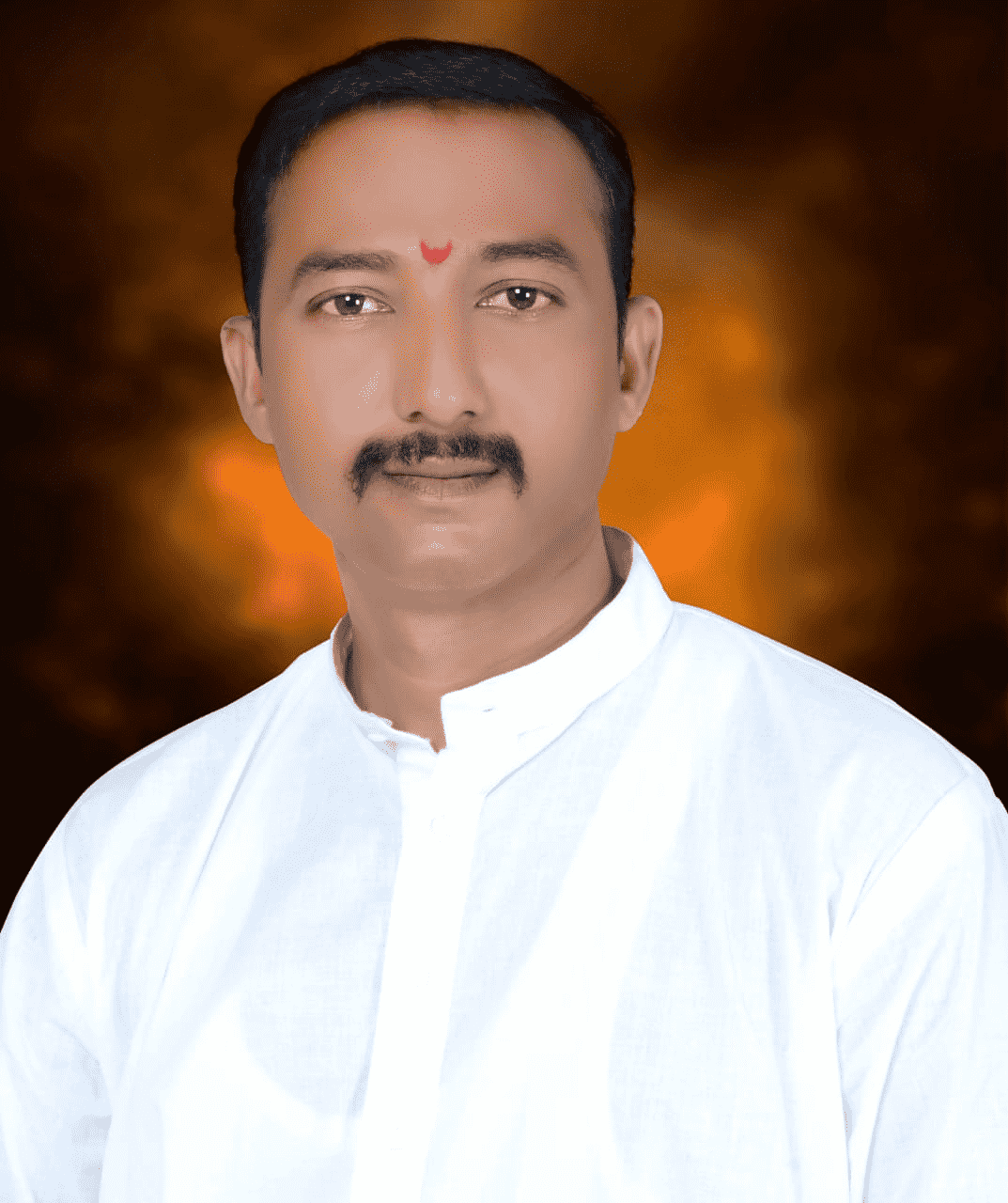 Warli Master Artist - Sanjay Sangle ji
Human figures are symbolized by a circle that depicts the face and two vertical triangles joined at the tip which is the body. Males are represented by a bald head while females have their hair in a bun decorated with two sticks called “Ambada”.
The fauna (bull, cow and dog) are represented by two horizontal triangles that are joined at the tip, each animal with their unique characteristic feature. The specific movements of the flora and fauna depicts the theme and its meaning in their artistic living culture. A traditional Warli house is represented by its unique thatched chappar (roof). They come in three major shapes – Triangular, Circular and Rectangular. 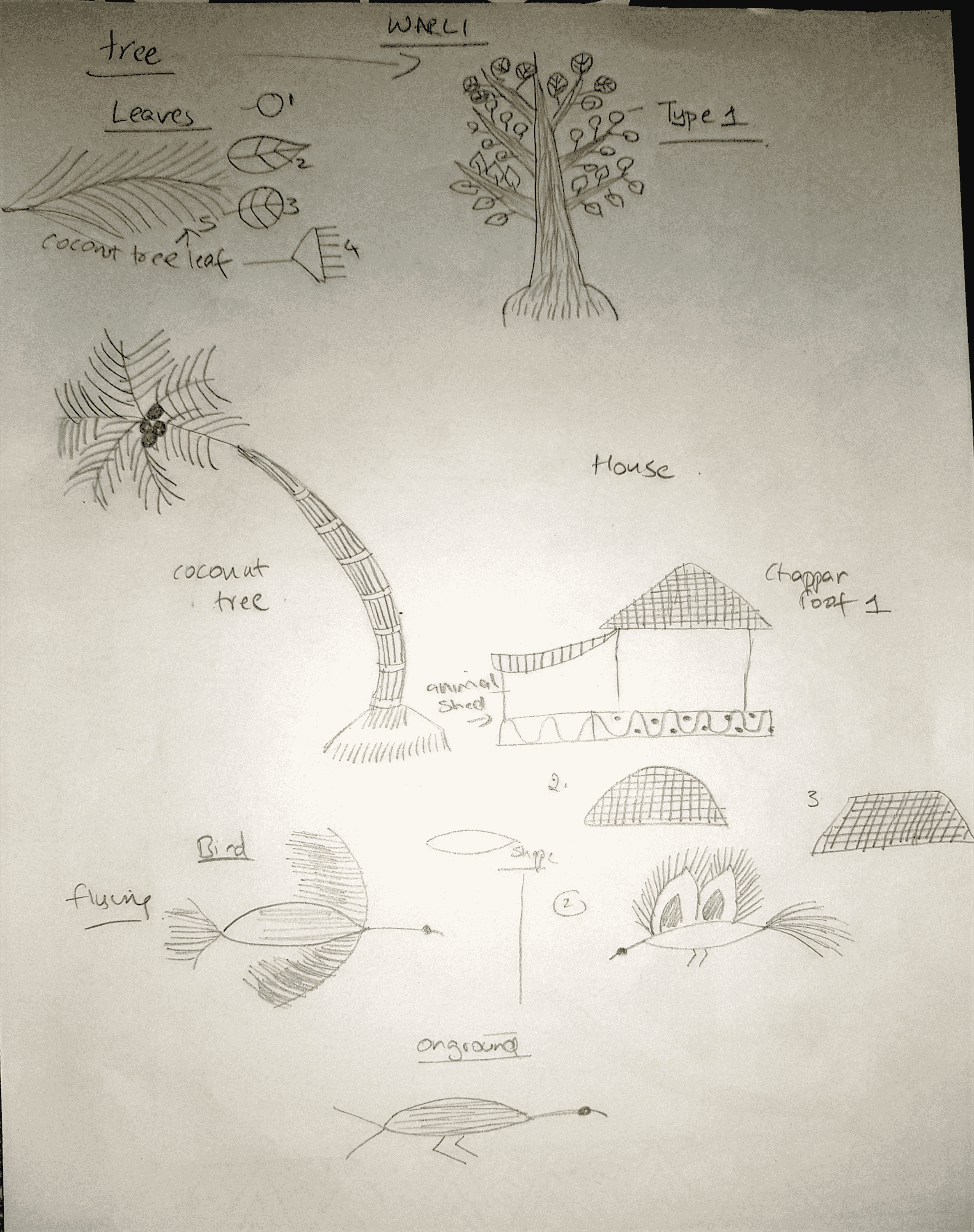 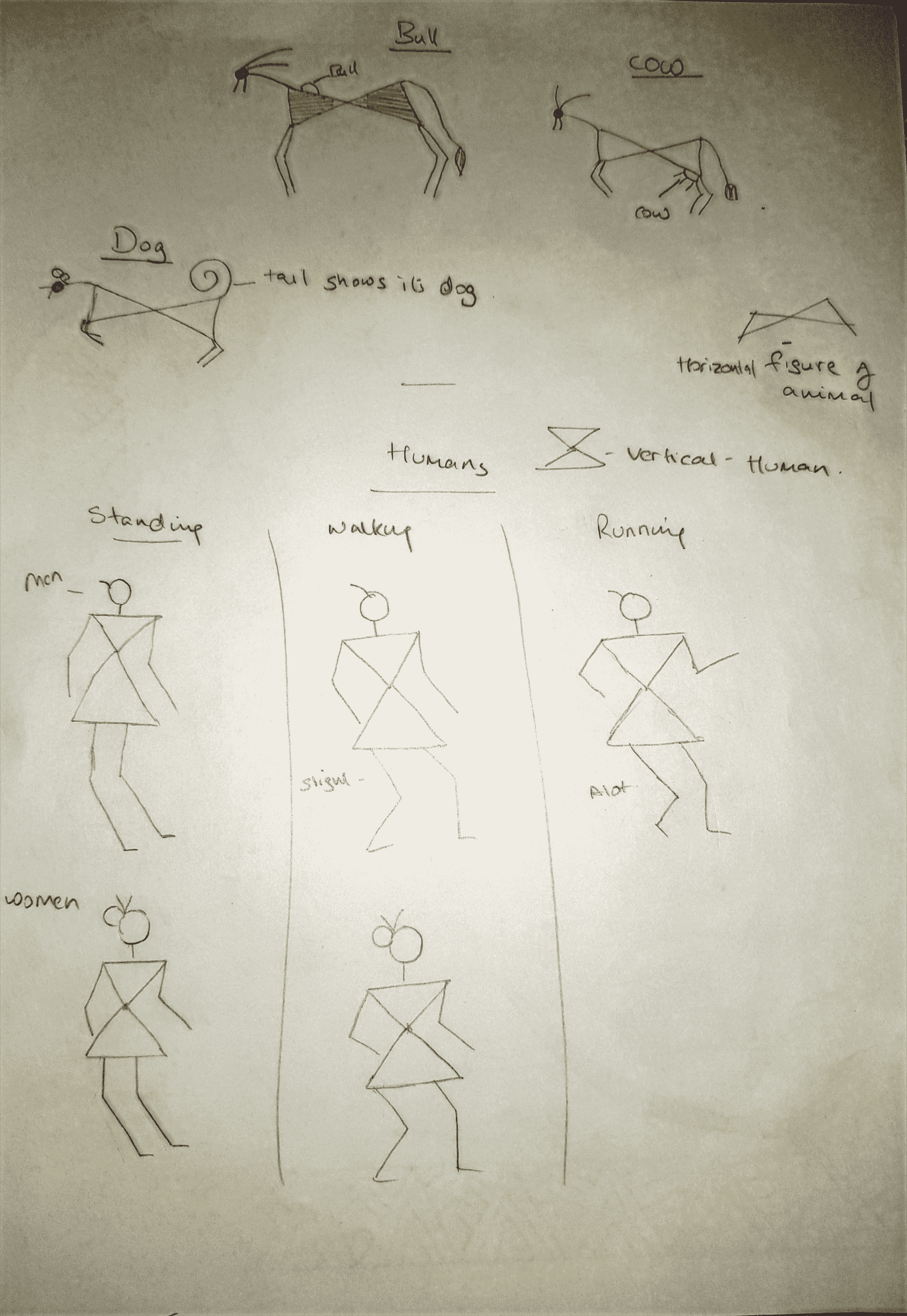 Human and Animal Figures.
It was certainly a very enlightening workshop for those interested in learning about this beautiful folk art. We got to acquire a lot of knowledge on the subject and also enjoyed creating a painting at the end of the session. Folk artists like Mr. Sangle are more than just artists, they are a link to India’s past traditions and we are gratified that organizations such as Catterfly are working towards preserving them and recognizing them for their role. 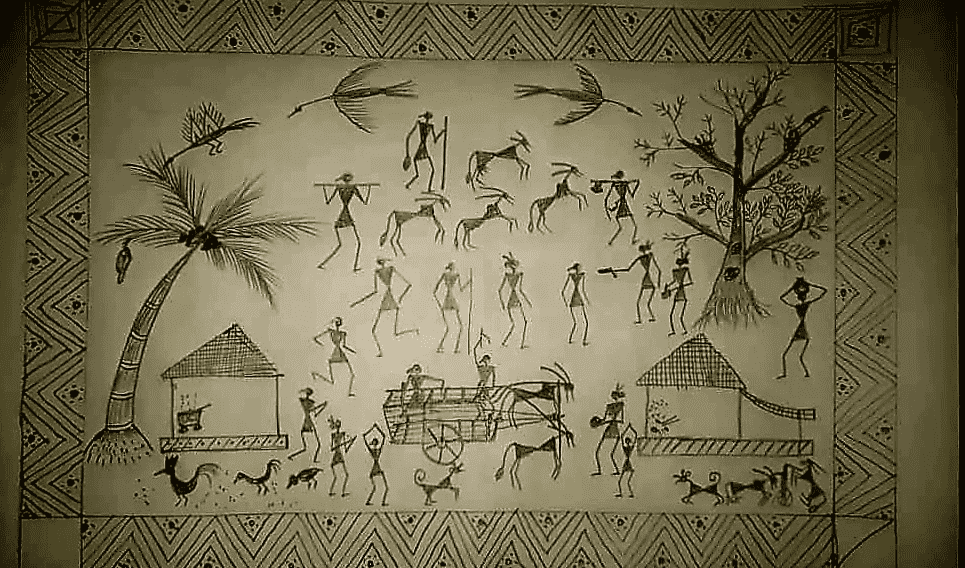 A Painting by Mr. Sangle during the workshop - A Village Scene 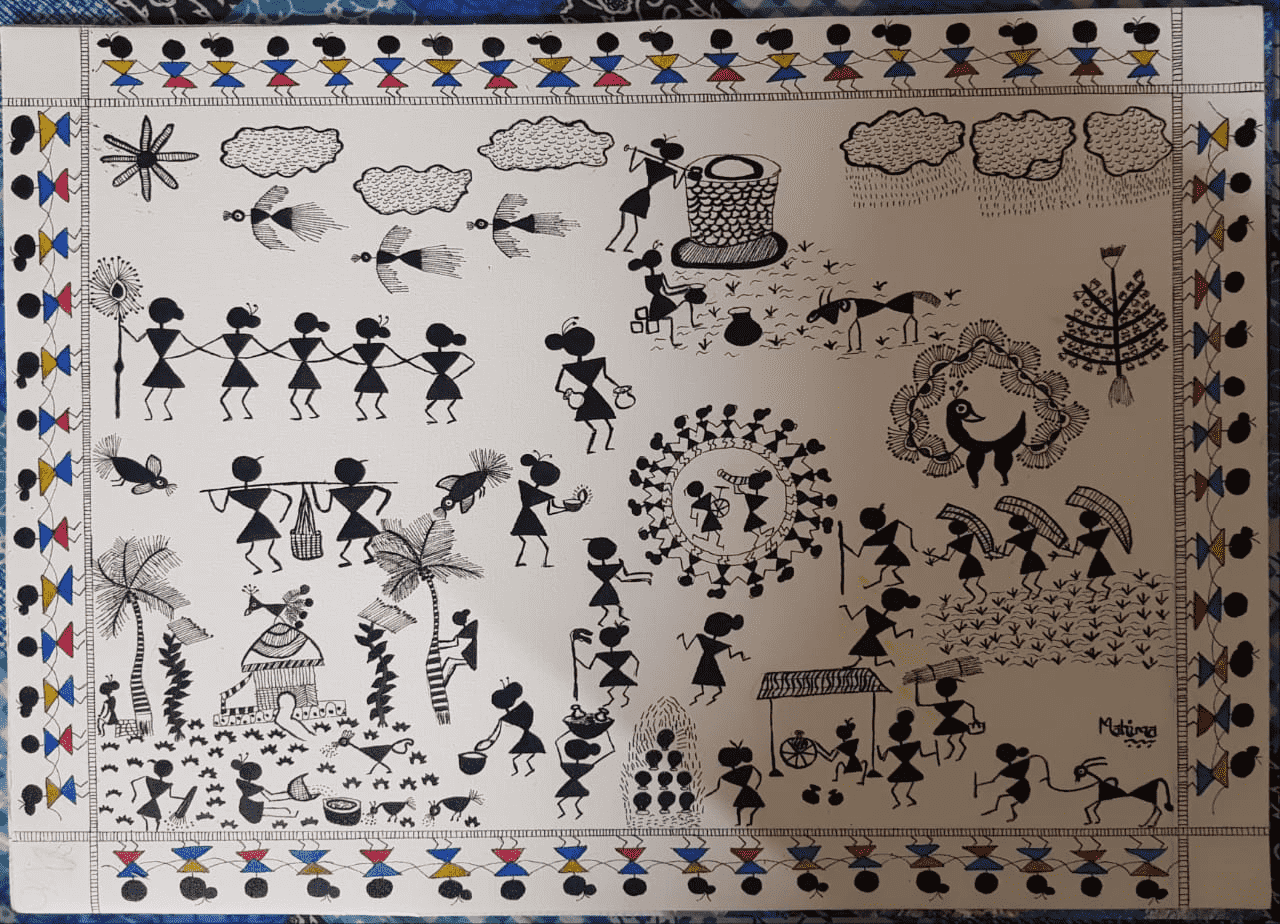 Travel in a Brave New World 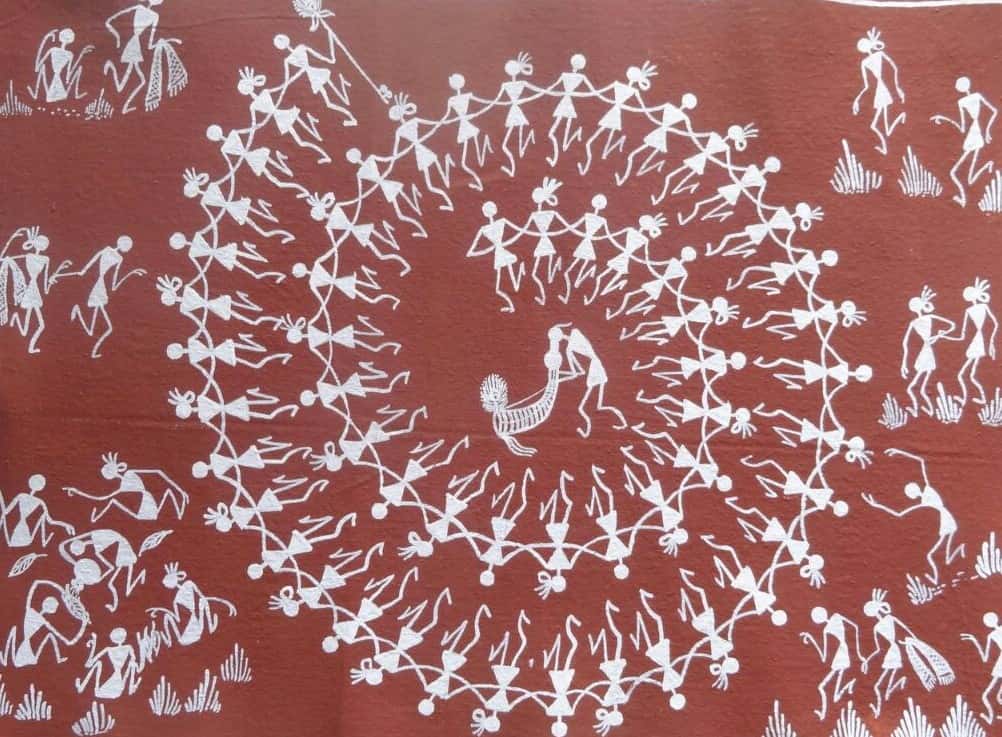 Learning Warli Art from the Masters..! 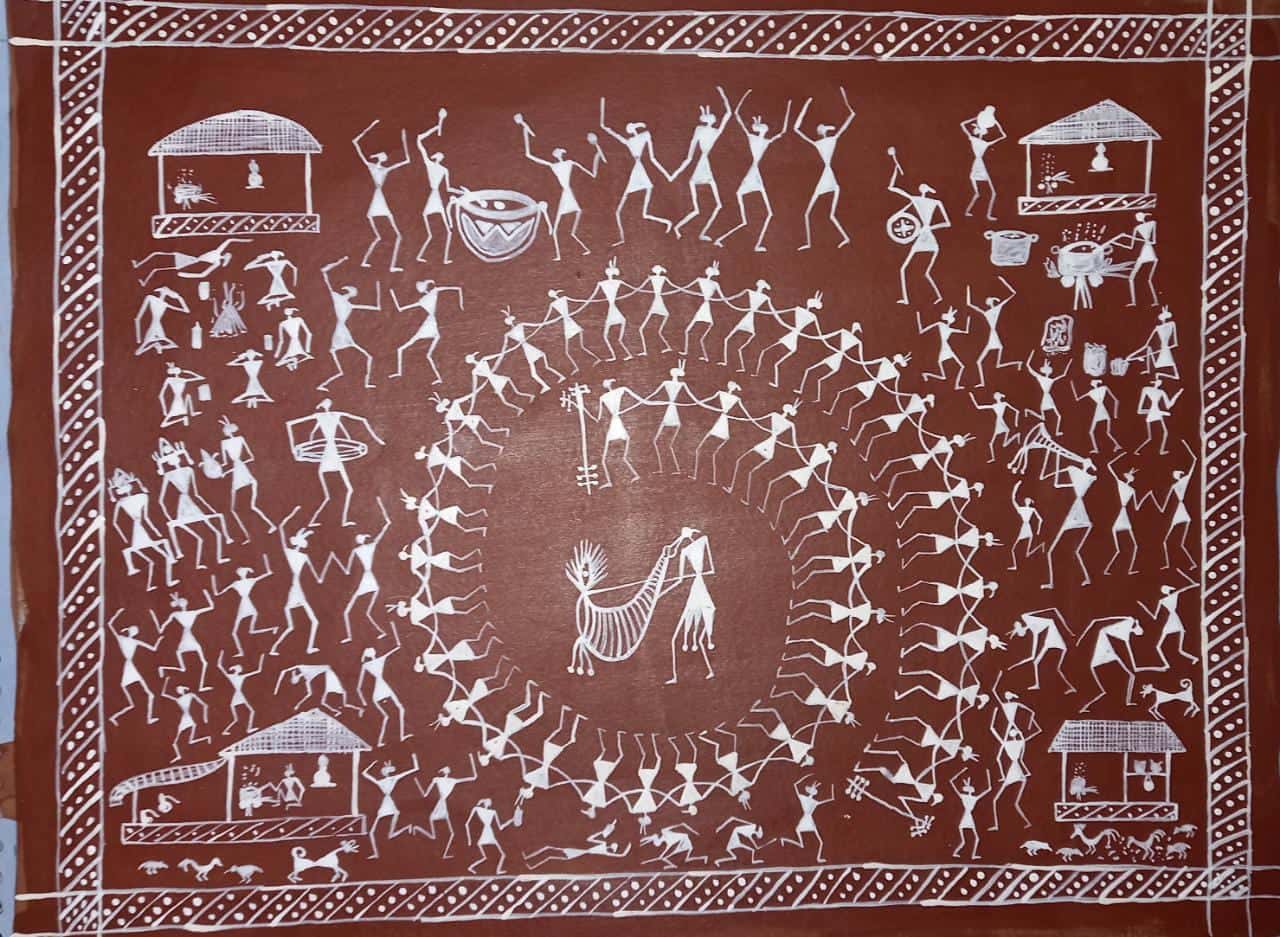 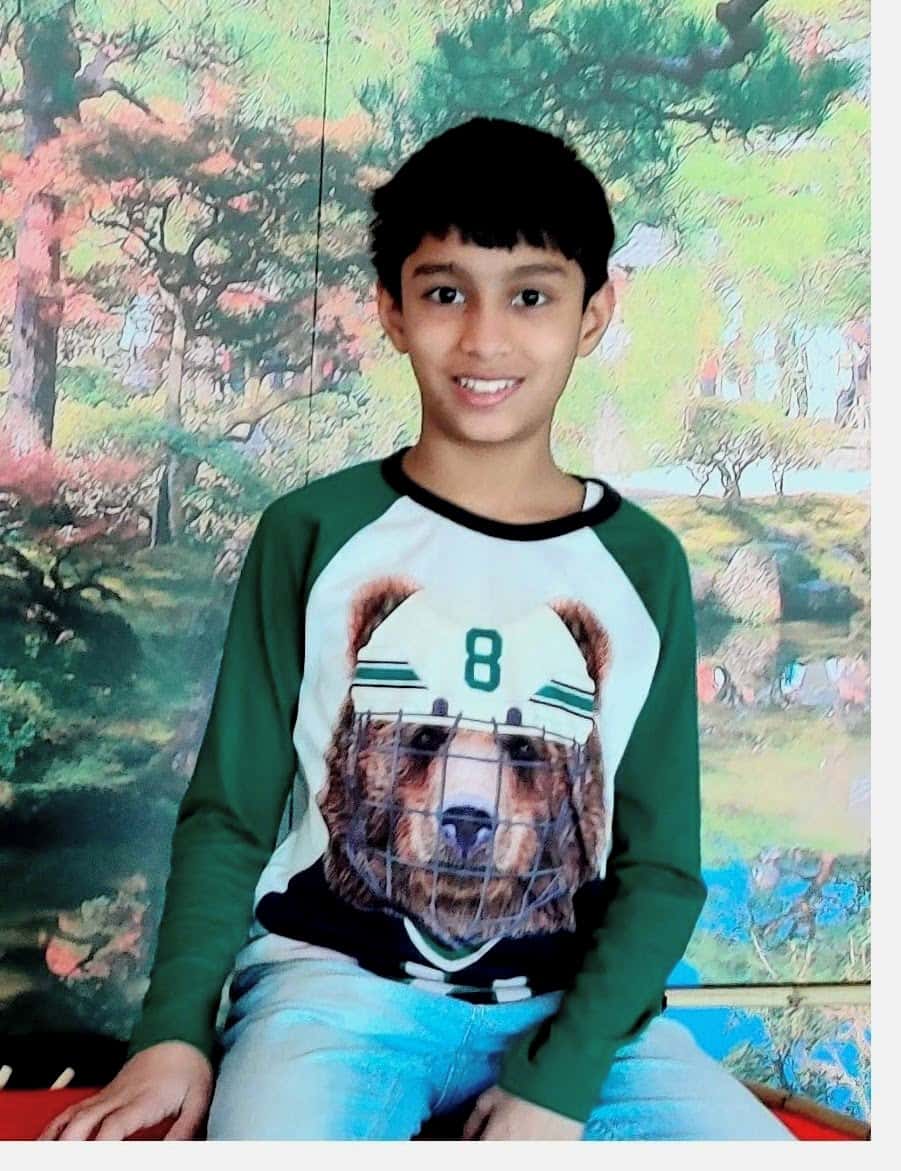 Collection of Art to Cherish Forever